Trace: • Home Theater For Use By Elderly Person

Home Theater For Use By Elderly Person

Masahiro from Green Works Inc in Japan is an enthusiastic user of CommandFusion products. He recently sent us this case study of a recent installation he carried out at a residence in Tokyo, Japan.

About 5 years ago, an elderly 70 year old woman had a home theater room installed in her home in Tokyo, Japan. However, due to the amount of remote controls required to even watch standard TV and the complexity of the start up procedure, she was reluctant to use the home theater system.

The customer had contacted an architect about these problems, the architect then contacted Green Works and asked Masahiro to assist with providing recommendations and quotations. 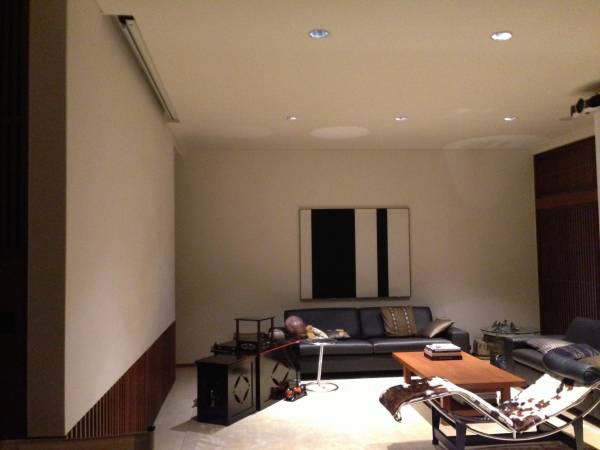 Masahiro visited the customer and quickly recommended that all the remotes be replaced by a single iPad running CommandFusion's iViewer 4. This would allow the control interface to be customised to suit the customer and would remove the need for many different remotes.

It was also recommended that the 5 year old projector be replaced, and a new Blu-ray player be installed. To control all this, Masahiro suggested a small CommandFusion hardware installation to allow the iPad to control all devices seamlessly.

After the quotation and recommendations were accepted, the team at Green Works started work on the design of the graphical user interface (GUI).

Any unnecessary buttons or commands were not included in the GUI as these would only clutter the interface and confuse the user. For example: the number buttons 0 - 9 were not included in the interface. This is because after speaking with the customer more, it was discovered that she only changed channel by using the channel up and down buttons - she never used the number buttons to pick a certain channel.

The GUI also contains large buttons with easy to read text to ensure that even when the hands and eyes arent as good as they used to be, the GUI is still usable.

A small CommandFusion hardware system was quickly designed consisting of: 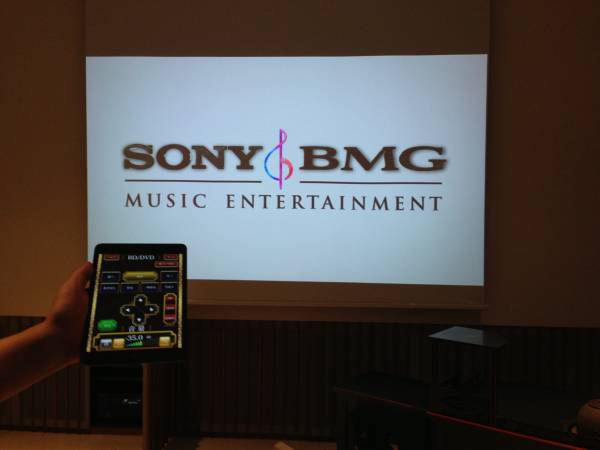 The customer was very pleased with the end result. “I was always hesitant to use the theater room before due to the complexity of the system with all the remote controls, now I feel it is much easier and look forward to using it more often!” Said the 70 year old customer.

So in conclusion, the system went from a complicated system, with many remotes to a simple to use system that is tied together via CommandFusion hardware and controlled from a single iViewer interface on an iPad. 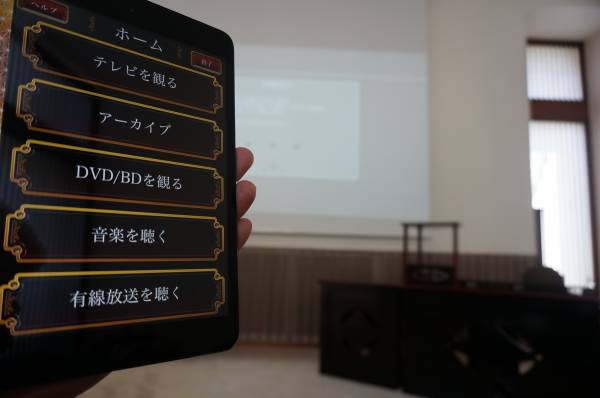 The following equipment was in the final installation: 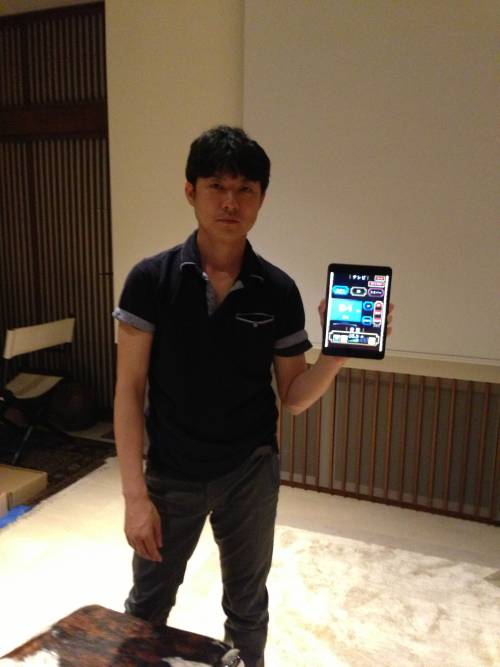 Want to submit a case study and get a free iViewer 4 licence for your troubles? See this page!